Your local farmer isn’t on salary

One of the things that shocked me when I started thinking about the business of farming is that many farmers don’t pay themselves on a regular basis.  If the farm makes money — great; if it doesn’t — oh well, I can pay myself next year.

This phenomenon makes it difficult to truly compare farming to other businesses.  Farming is the only business that I’m aware of where profits are calculated before the people working on the business get paid.

This issue showed up in my research when I read a truly dismal report from 2005, from the National Farmers Union entitled The Farm Crisis & Corporate Profits. The report estimates that, if farmers were properly paid, the industry “profits” would have been $5.57 billion lower.  This was more than the total industry profits reported that year — meaning the industry would have lost money overall if farmers had been paid properly.

I’ve written a blog post about this issue for the official The Hands that Feed Us blog (by the way — we have a blog!):

It was normal for farmers to live off whatever they could get for their crops, and the idea of being paid a regular amount as a salary simply wasn’t realistic.

Deep Cut Film Festival:  The Hands that Feed Us:  Amara Farm is screening in Kitchener

I am proud to announce that The Hands that Feed Us:  Amara Farm will be having its third festival screening in Kitchener, Ontario as part of the Deep Cut Film Festival on July 14th.  Full day passes to the festival are available for the ridiculously cheap price of $20, and individual screenings are by donation / pay what you can. 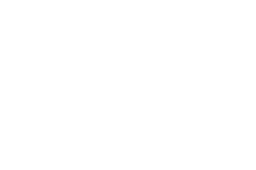 Seeking a board member with advocacy campaign experience:  The Hands that Feed Us is becoming a non-profit

The Hands that Feed Us is hiring!  Well … kind of.  Right now, I am a 100% volunteer organization with an ambitious plan.  But what I’d like to be able to say is this:  “We are a non-profit organization carrying out an effective plan.”  In other words, it’s time for me to stop working on this alone.  I’ve been thinking about going the non-profit route for a while now, and it’s time to make it a reality.

Why non-profit?  Because if you think there’s a for-profit business model in hybrid documentary / social issue campaigns, you’re crazy.  Less flippantly, because for-profit entertainment and social issue campaigns are uneasy partners.  There is tension between the entertainer’s need to seek attention, and the advocate’s need to seek truth.  The Hands that Feed Us is about advocacy first and entertainment second, and being a non-profit is a way of expressing that priority.  It guarantees to our funders and to our audience that the project is about more than just grabbing attention.

With that decided, the next step is to find the people who can push the project forward.  Right now, I am envisioning a five-person board:  Two filmmakers, two farmers, and one advocate.  I tentatively believe I know who the filmmakers and the farmers are (though I would gladly accept additional suggestions).  I have no idea who the advocate is.

I am seeking a non-profit board member; this is a volunteer, advisory role, with a commitment to monthly or bi-monthly meetings, ideally for a term of about three years, which is the expected lifetime of the project.

Next month, I have three objectives: